How Bright Should My Projector Be?

Every home theatre or meeting room environment is unique. While projectors can be used in a variety of locations, it’s important to determine the projector light level (lumens) necessary to provide a suitable image in any given situation.

The amount of light provided by any projector is an important factor in determining the visibility of the image produced, as well as its size and ultimately its price.

This article aims to describe the important concepts related to projector light output and the effects of ambient or background light from other sources in the room, so that you can better understand how bright your projector needs to be.

It’s all about image

When it comes to projectors, you need to remember that the “image” you see is what counts. (Terminology wise, for clarity – the screen is merely where the image appears and acts as the surface that reflects the light of the image back to our eyes.)

This comes back to brightness as the larger you seek to make the image, the more diffused the light will become, making brightness an important factor as you up the image size.

Many are confused about the term “lumens” but the definition is relatively simple and merely indicates the amount of light coming from the lens of a projector.

Light is measured by this unit called a “lumen”, and each projector provides a certain number of lumens, which are distributed over the image area.

Since the projector lumens meaning describes the amount of light used to produce the image, this is the term we use to refer to the image projector’s brightness.

To determine the actual lumen level, a full white image is projected and measured. This is because, with all-white images, the light is distributed evenly over a screen. While most images will, in fact, be composed of dark areas where the light is not present or be composed of other areas where there is a colour such as red or green, a projector is rated for the maximum amount of light with a full white image.

How does light projection work?

One way to think about light projection is to compare it to water coming out from a shower head. As the distance from the showerhead increases, the spray spreads out over a larger surface area.

The amount of water dispensed from the showerhead and the water pressure will always remain constant, but the area that it covers will change depending on how far or how close you are from a specific surface.

This is similar to how a projector dispenses light onto other surfaces. The resulting effect of increasing the image size of any projected image by moving the screen further away, or by changing the throw distance of the unit, will impact the amount of light that is ultimately transmitted from of the projector, as well as the brightness seen on screen.

There will always be the same amount of light produced, but this will get spread out over a larger or smaller area, depending on your chosen configuration.

It’s important to remember that the image brightness is determined by the overall size of the image that’s being projected.

With projectors, we can move them closer to the screen to produce smaller images that are brighter or move them further away for larger and less bright images. This trade-off between the image size and the projector brightness is one of the most important things to consider when choosing a projector. 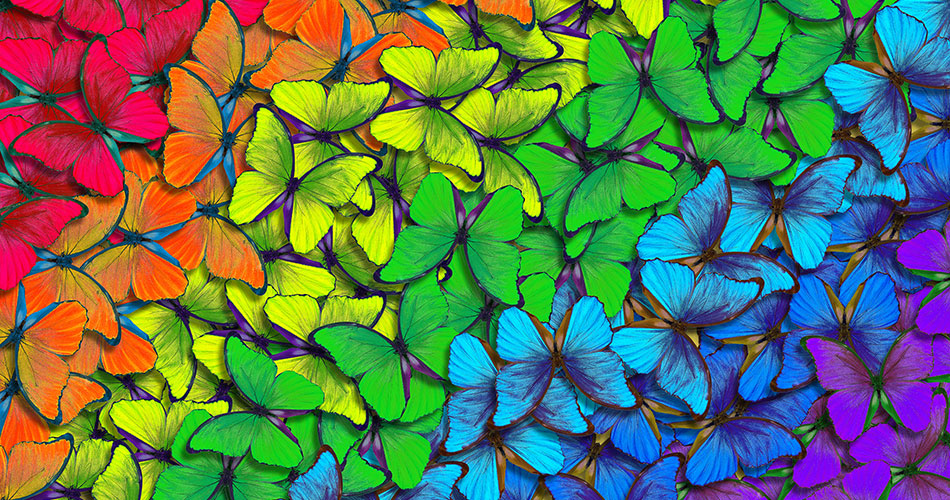 Brightness is measured by looking only at the white light output of a projector. Your image content is not just a white screen! Consider brightness through the colour range too - a key selling feature of 3LCD projectors.

You might be able to get away with a lower lumen output if you are projecting onto a small screen, but projectors are usually employed for their delivery of larger images, which will require a greater lumen output.

Therefore, to increase the image size and keep the same brightness of the image, you must use a projector with a higher output of lumens.

Here’s an example of what the numbers look like for one particular example.

One of the biggest issues for newcomers to the projector world is the concern about how ambient light will impact the image quality. And it’s true that in most environments there is often background light coming into the room from various sources such as windows, doors or artificial lighting.

You’ll be lucky to find a setting that is completely dark with no secondary light sources that could potentially make your image look dull or even “washed out” on screen.

Having said this, it’s also true that this difficulty can be overcome with the right projector specification and the correct understanding of the fundamentals involved. This starts with the knowledge that as ambient light falls on your projected image, it is simply the contrast that is being reduced, not the quality of projector brightness.

Your projector is performing just as it should be, but more light is also being added to the screen by other light sources in the room

It is this background or ambient light that must be considered when determining how large an image should be and how many lumens are needed.

Now, if we go back to the specifications detailed above, where our projector provided 666 Lux, we must take into account the 200 lumens of additional light from other sources to calculate the total lumens projected on the screen.

This may initially sound like a good thing, but we haven’t factored in contrast yet. Essentially, areas that are dark in the image will be negatively impacted by the additional background lumens of 66 Lux.

Consider contrast - not just how bright your whites are!

The overall image will be brighter but the contrast will have reduced, producing the washed-out effect we mentioned before.

Remember, the difference between the bright (white) areas of your image and the dark regions are what we call the contrast. And the contrast is important for any high-quality image projection.

If you take a look at the picture below, you can see that the image projected on the screen is pretty washed out in the dark areas that look much greyer than they should. The increased ambient light is impacting the contrast, and therefore the image quality.

Now if you take a look at the picture below, you can see a much higher contrast image despite the overall lumens per square metre being lower at 537 Lux, compared to the 911 Lux image of the one above.

Choosing the right projector for you

The right projector for you will always depend on your particular needs and the environment where you are planning on installing it. If you are looking for detailed and intricate images for creative work then buying a high brightness projector should be your first priority. However, if you are only projecting images in smaller, darker rooms or if your content mainly features bold, large text or simple shapes, then you can probably get away with a projector with a lower lumens output.

The bottom line is that a projector’s specified lumens aren’t the only thing that will have an impact on the final image produced by your projector.

It may be the case that you can improve your image projection by finding ways to remove background lighting, or investing in a better projector screen, rather than simply buying the projector with the highest lumen count that you can afford.

We hope we’ve made things a little clearer for you in our projector brightness guide, but if you need any more clarification on any of the issues raised in this article, simply get in touch with us at  Projectorpoint and we will be happy to help explain anything to you in further detail.

One of our friendly staff will be happy to shed some light on the topic of projector brightness and recommend some suitable projector models for your purposes – whatever they may be. You can reach us on 0800 073 0833 or fill in our contact form here. Or if you’re nearby, feel free to drop by at visit us in Kingston Upon Thames.